For the last 15 years, the National Academy of Video Game Trade Reviewers has collected the votes of thousands of games press and journalists to discover who they believe should win each year within an abundance of varying professional, genre, and technical categories. 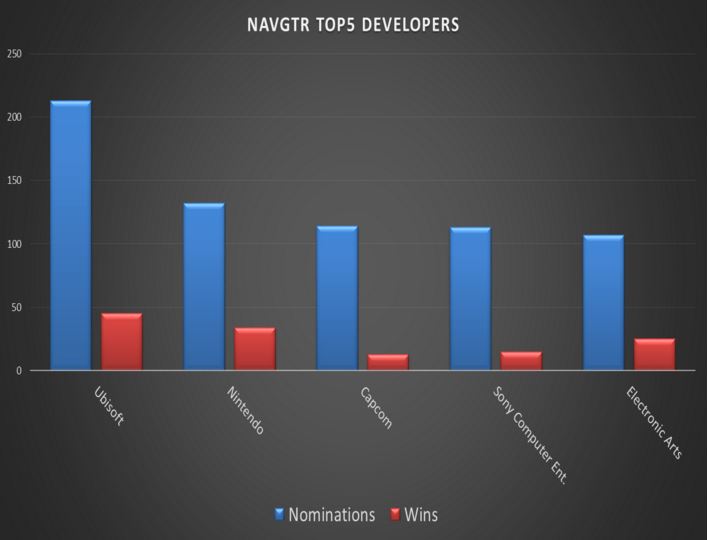 The developer holding the most nominations is Ubisoft, followed with some distance by Nintendo. Nintendo has the largest winning percentage (25.75%) among the top five developers. 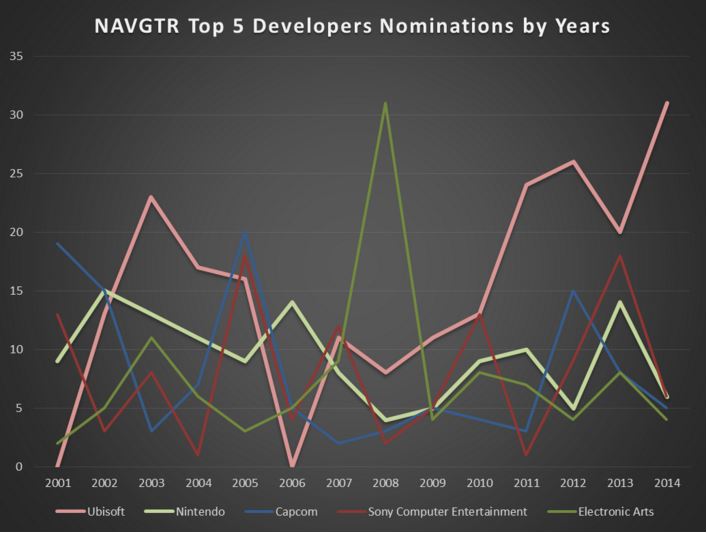 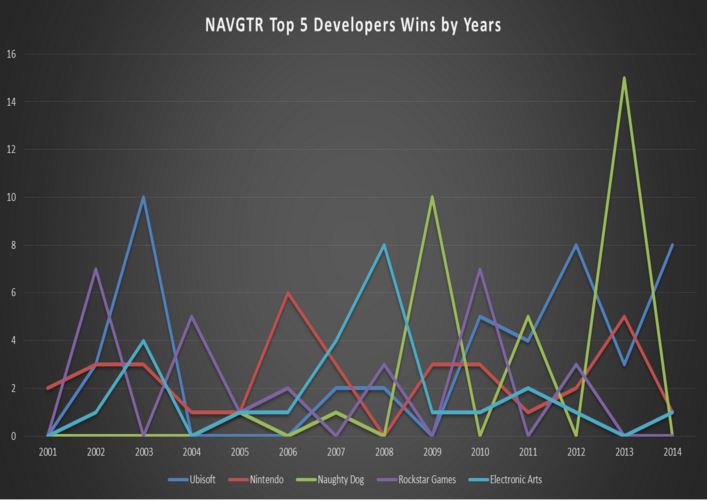 Naughty Dog, while not included in the top five developers, has 32 wins out of 58 nominations (winning rate 55.17%). The most successful years for Naughty Dog are 2009 with Uncharted 2: Among Thieves and 2013 with The Last of Us. 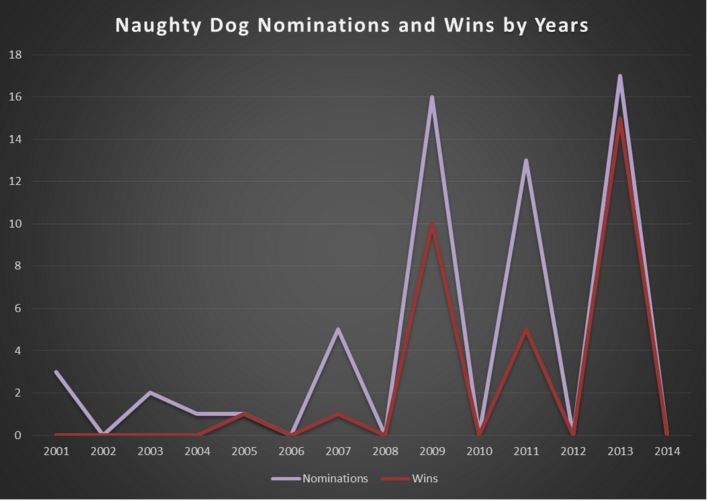 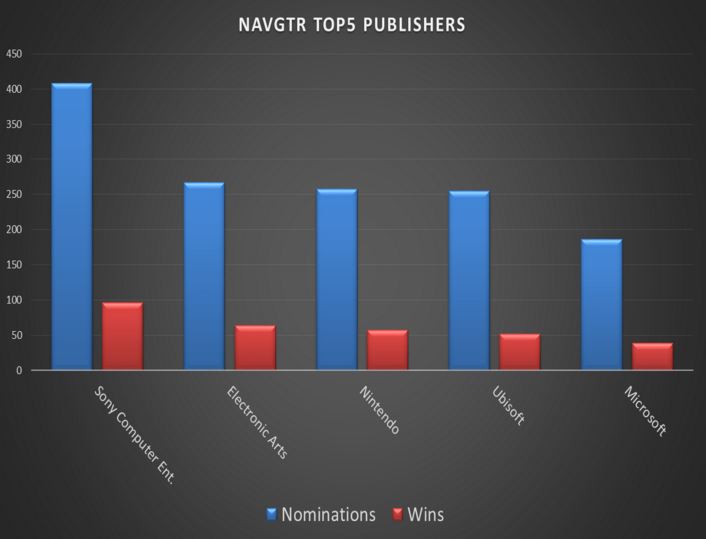 Sony Computer Entertainment, as publisher, has the most nominations (408) and wins (96). Electronic Arts follows with a higher winning rate of 23.97%. 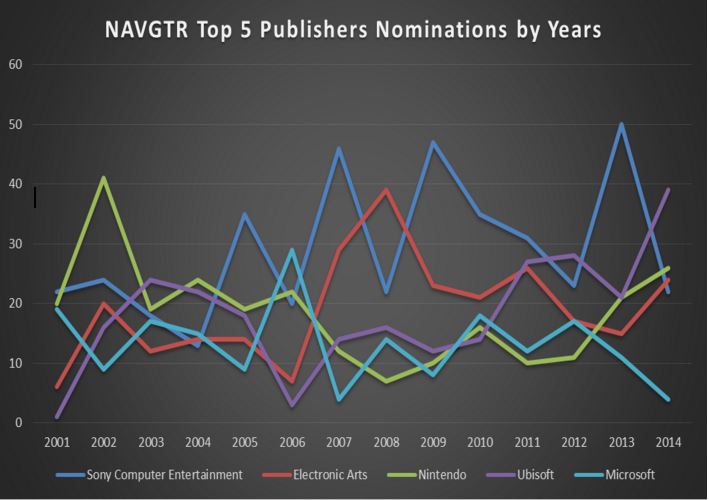 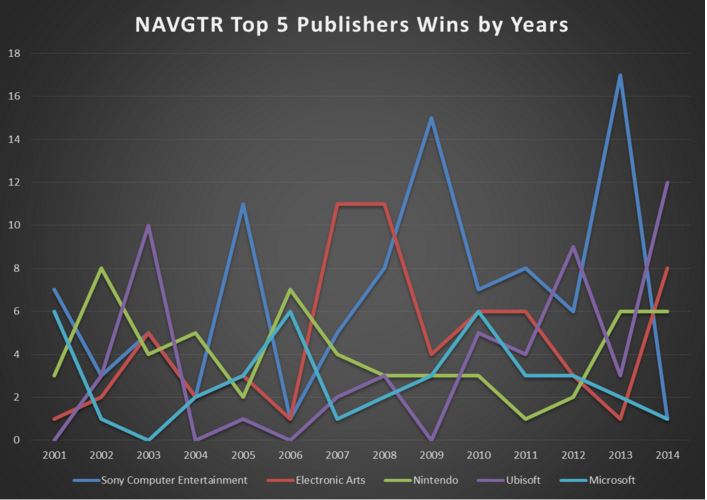 Sony Computer Entertainment saw a great boost on its wins in 2009 and 2013 due to the release of Uncharted 2: Among Thieves and The Last of Us. 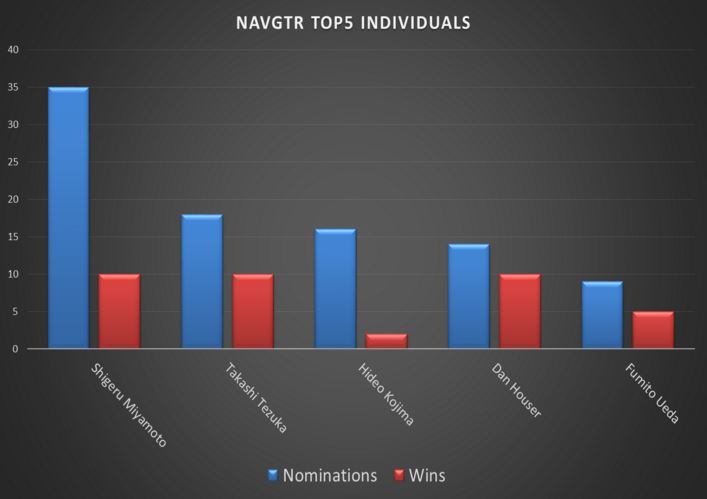 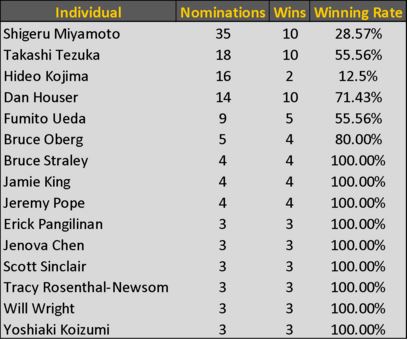 Shigeru Miyamoto, the person behind most of the games in the Mario, Zelda and Pikmin series has gathered the most nominations over the years. Hideo Kojima earns third place in the top 5, gathering 16 nominations but only two wins. Those awards went to Metal Gear Solid 2 and Metal Gear Solid 4: Guns of the Patriots. 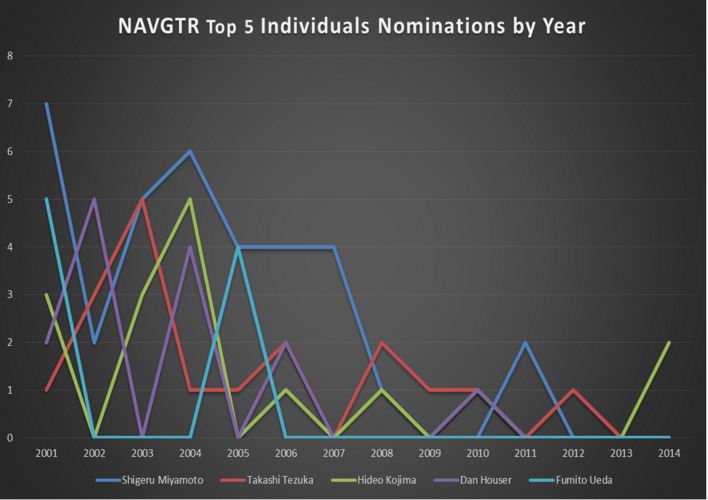 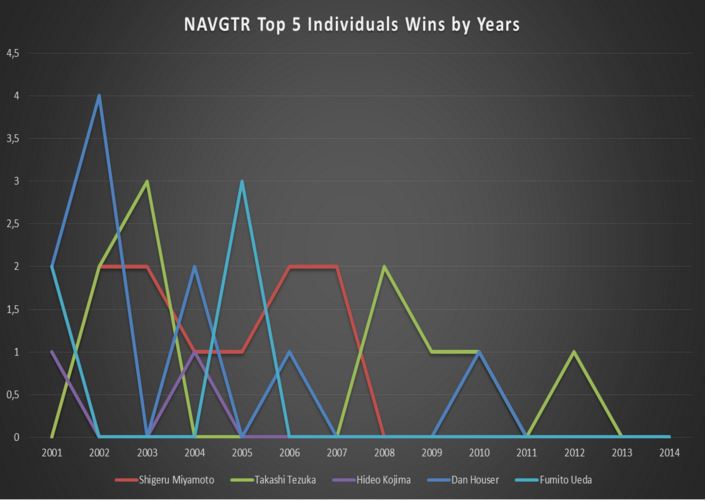