Since 2003, the Game Audio Network Guild has set out to further recognize the musicians, composers, and sound engineers/designers with the annual G.A.N.G. Awards. All figures are incomplete until the restoration of annual printed programs or other records. 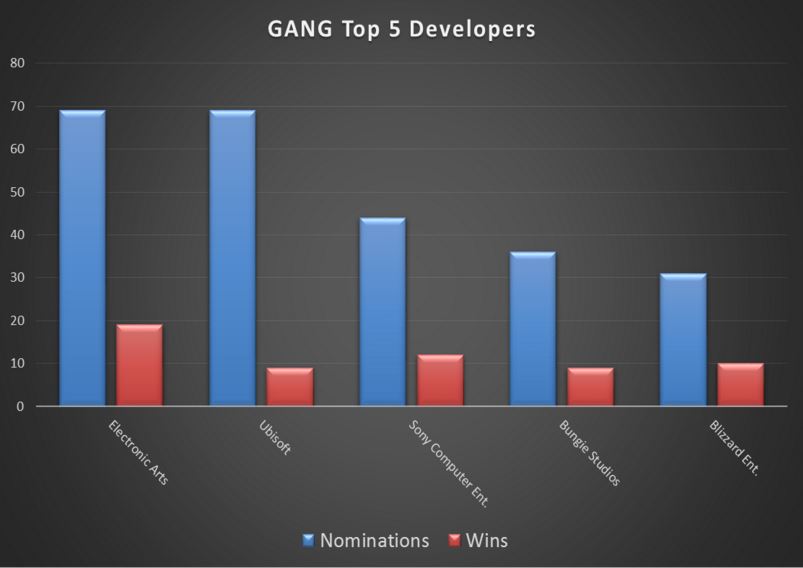 Electronic Arts and Ubisoft tie with 69 nominations. However, EA does carry more wins and has established a higher winning rate (27.54%) compared to Ubisoft (13.04%). Blizzard Entertainment has gathered the most wins compared to nominations, which gives them the largest winning rate (32.26%) out of the top five. 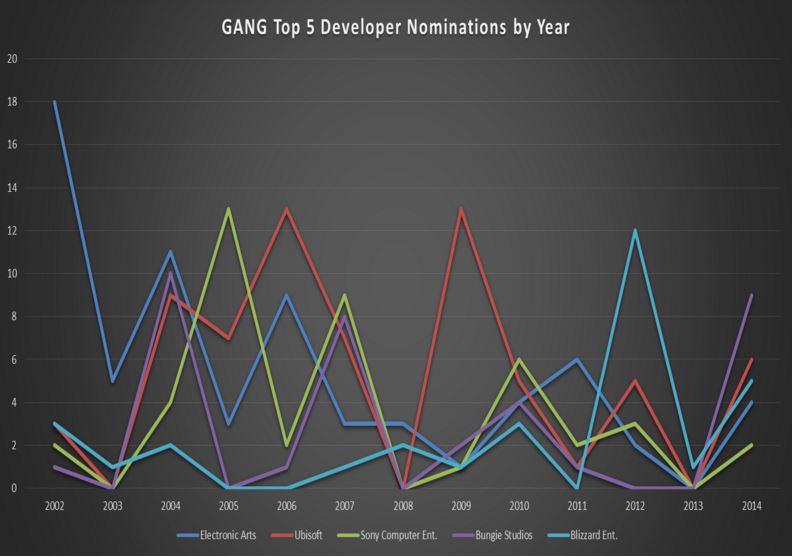 Electronic Arts gathered a large number of nominations in 2002. A majority of that amount is for James Bond 007: Nightfire and Medal of Honor: Frontline. 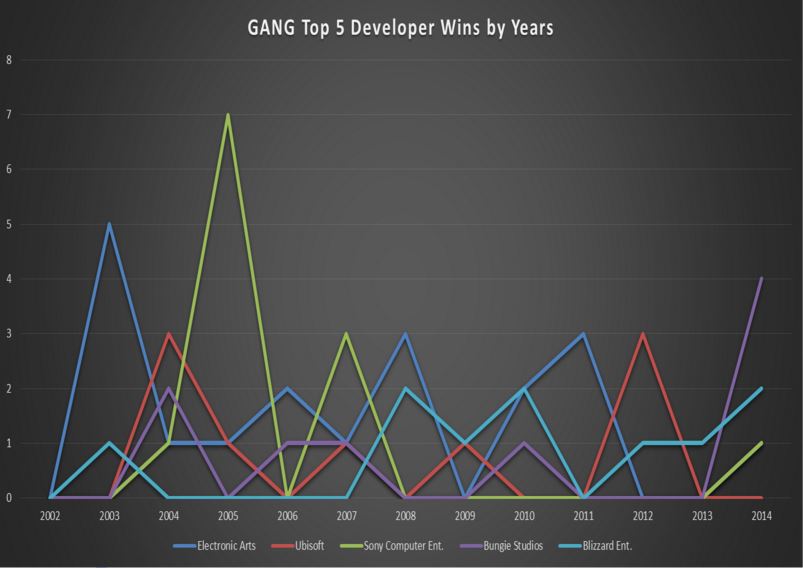 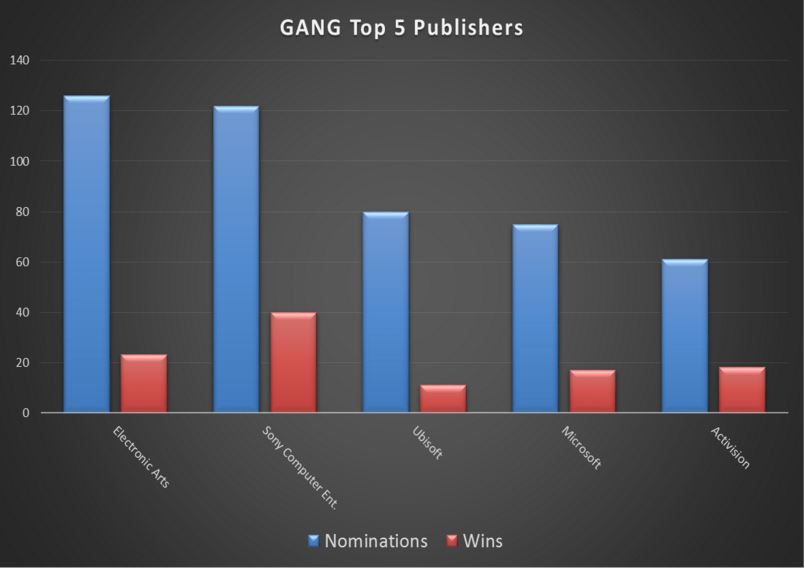 2K Games has a considerable winning rate (48.28%) in its 29 nominations. The publisher with the most nominations is Electronic Arts, just ahead of Sony Computer Entertainment.  However, SCE has almost twice as many wins. 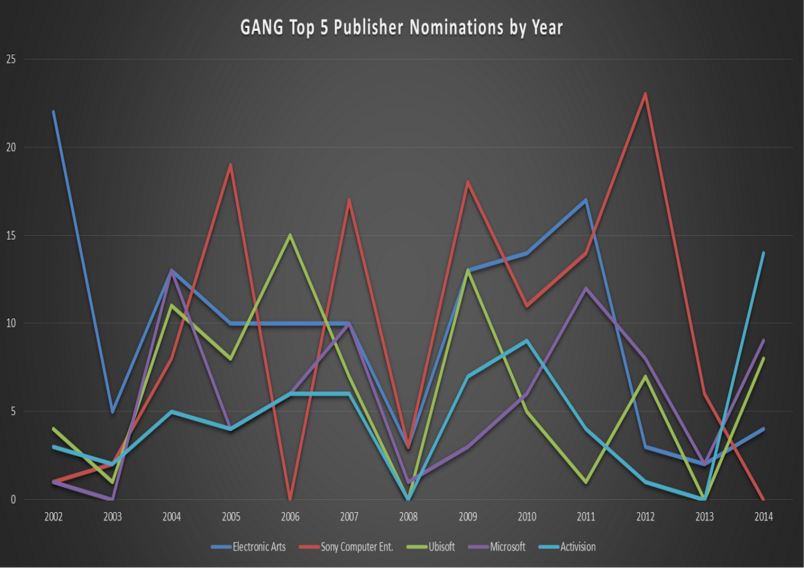 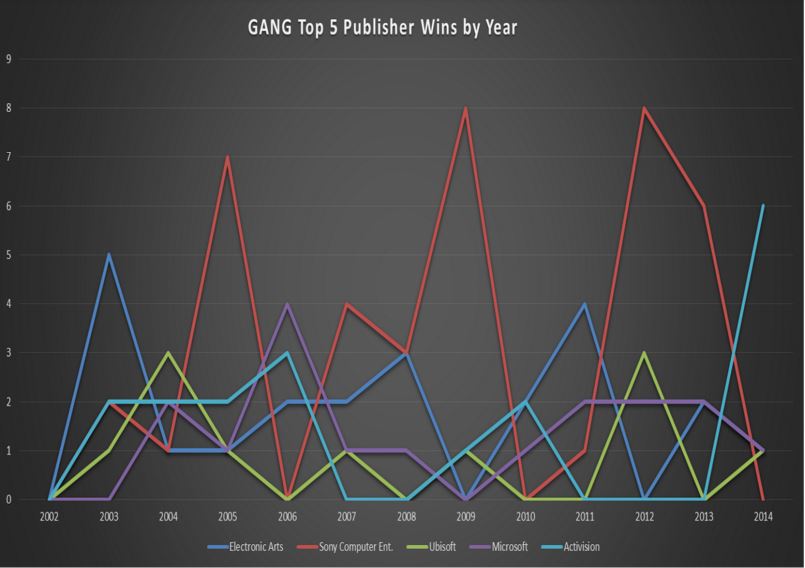 Sony Computer Entertainment received a boost on wins in 2005, 2009, and 2012 from the audio work done on God of War and Uncharted 2: Among Thieves.