The Game Developer Choice awards are peer accolades presented every year during the Game Developer Conference.  These are the top trending game companies and individuals to have received honors from 2000-2014. 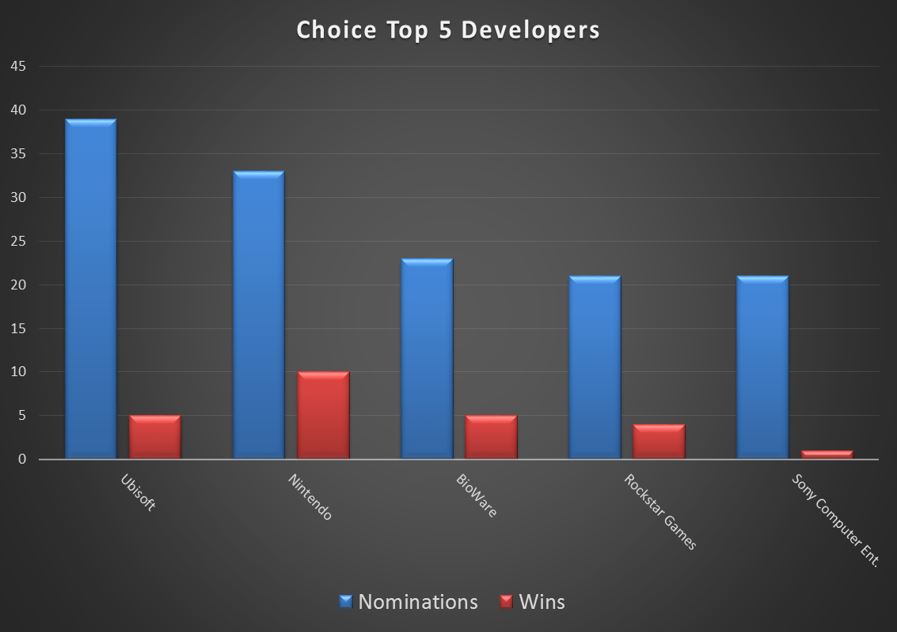 Valve Corporation has an incredibly high winning rate (57.89%) and enjoys more wins than any company in the top five most-nominated. Most of those wins are for Half-life 2, Portal, and Portal 2. Naughty Dog can attribute its winning rate of 50% to work done on The Last of Us and Uncharted 2: Among Thieves. 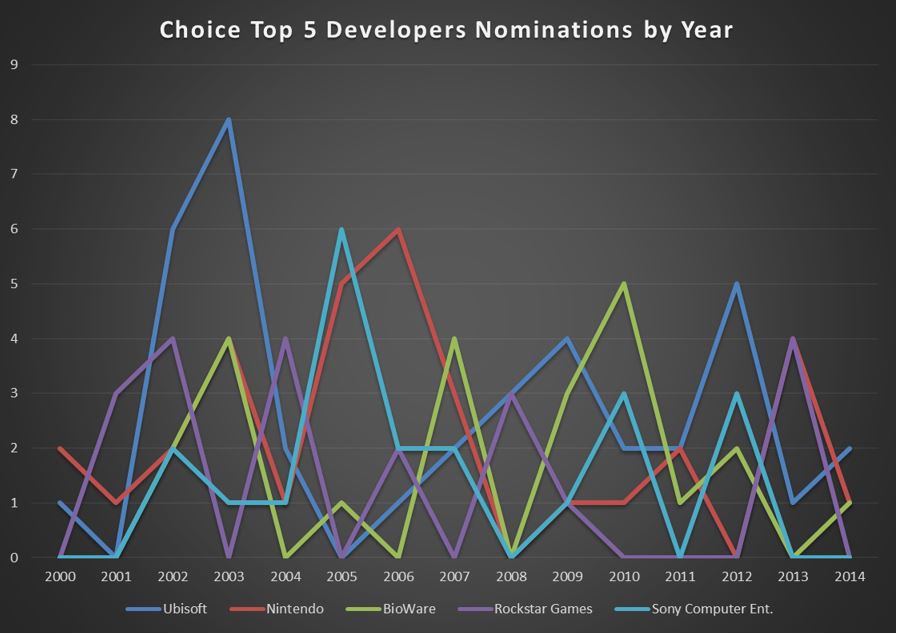 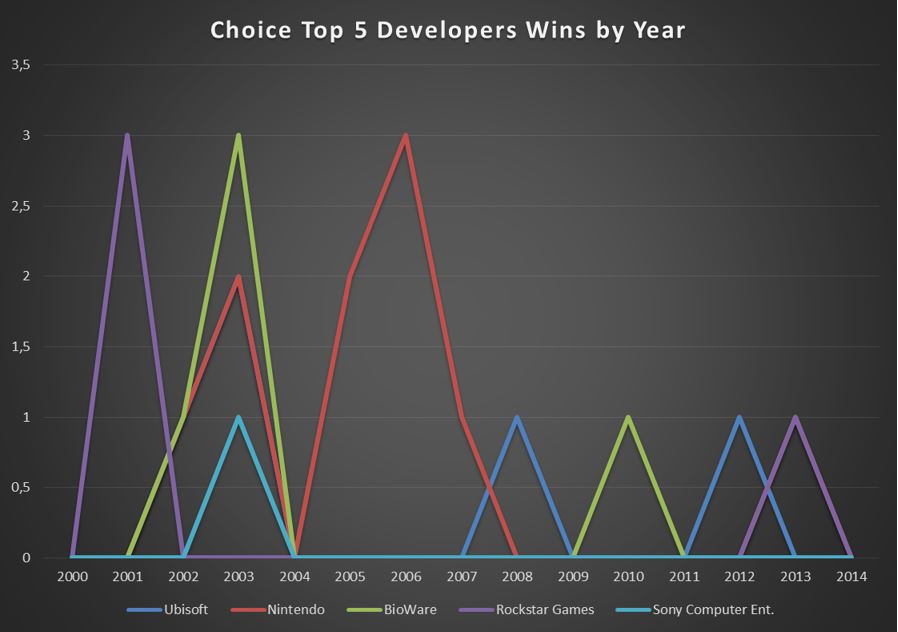 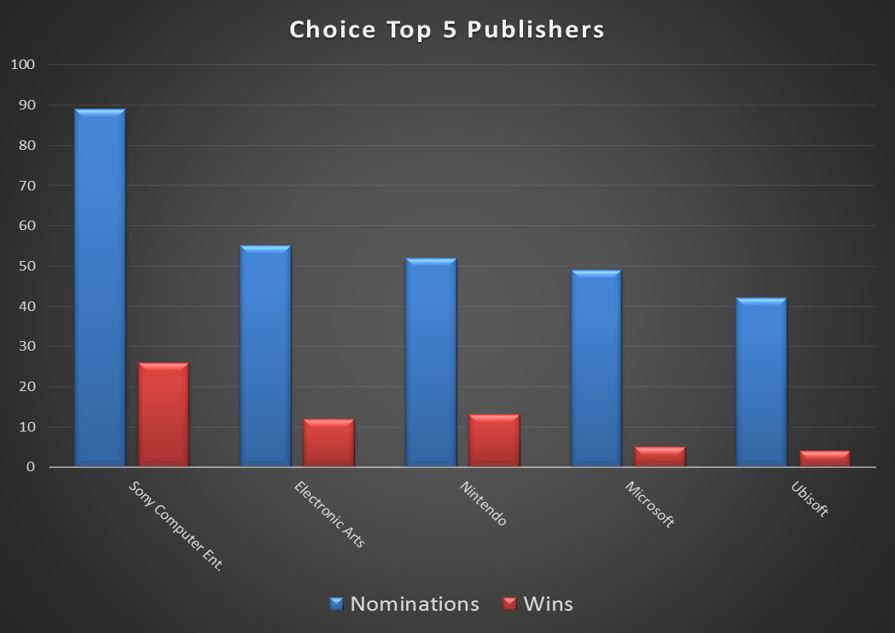 As publisher, Sony Computer Entertainment fares quite a bit better here. They have amassed a large proportion of nominations (89) and wins (26). SCE’s winnings spike in 2005, 2008, and 2012, which are the release years of Shadow of the Colossus, LittleBigPlanet, and Journey. 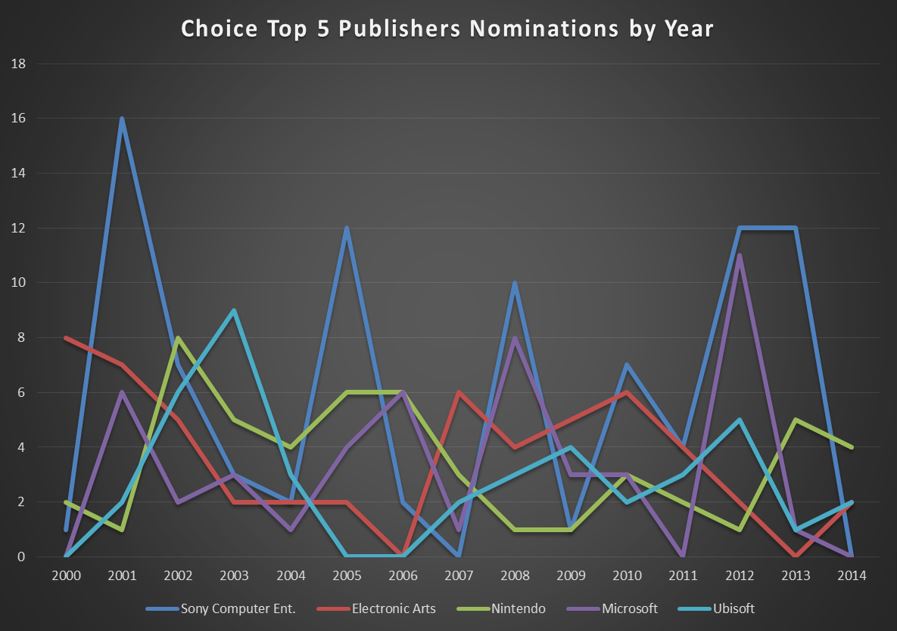 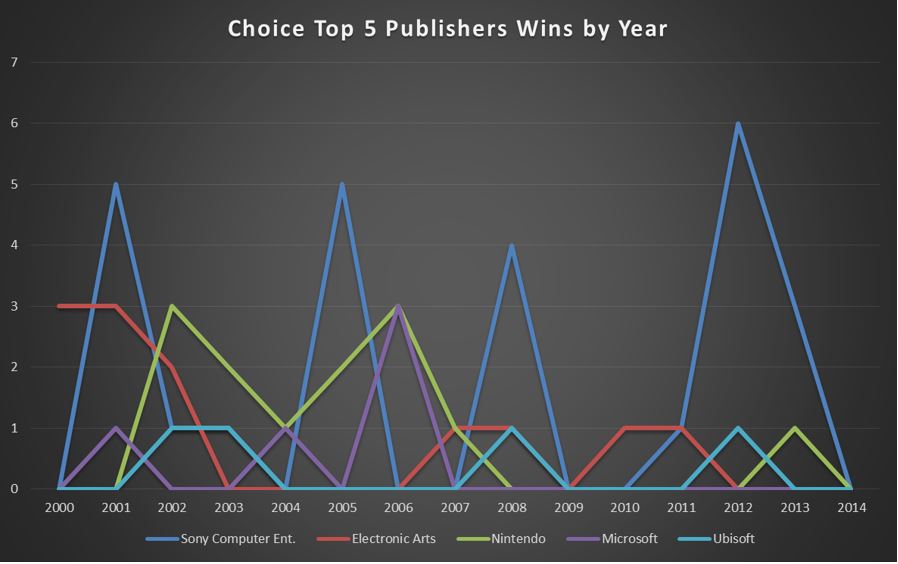 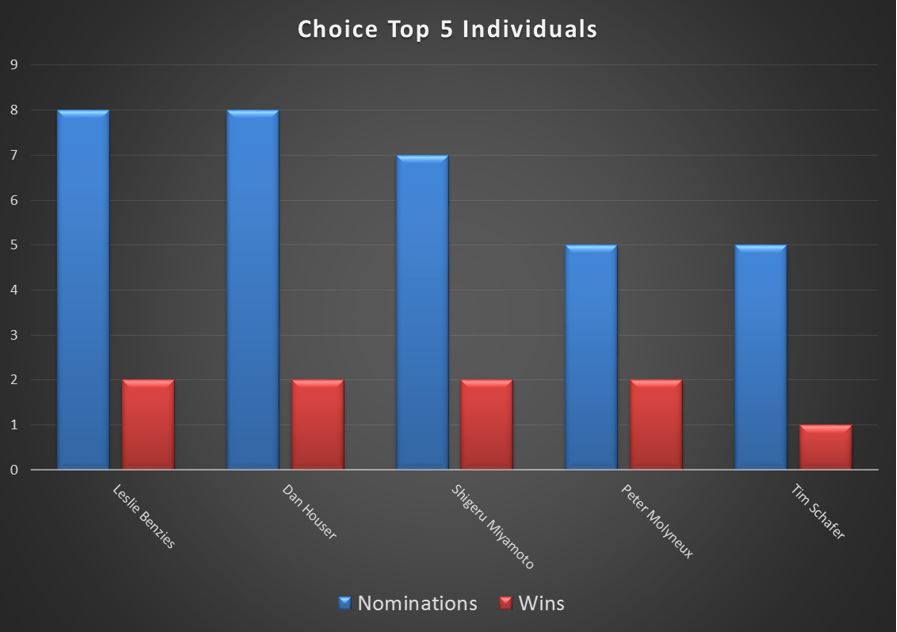 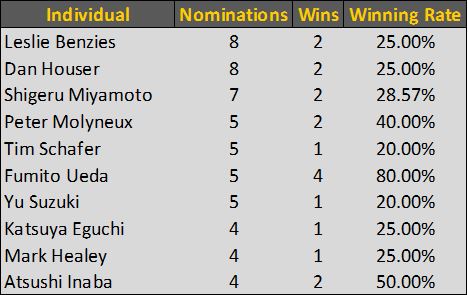 Leslie Benzies and Dan Houser, Rockstar Games legends, tie for first place in nominations with a winning rate of 25.00%. Both of their wins were for Grand Theft Auto III. Fumito Ueda, the creative mind behind fan-favorites ICO and Shadow of the Colossus, holds a very high winning rate (80.00%) from his five nominations and four wins. 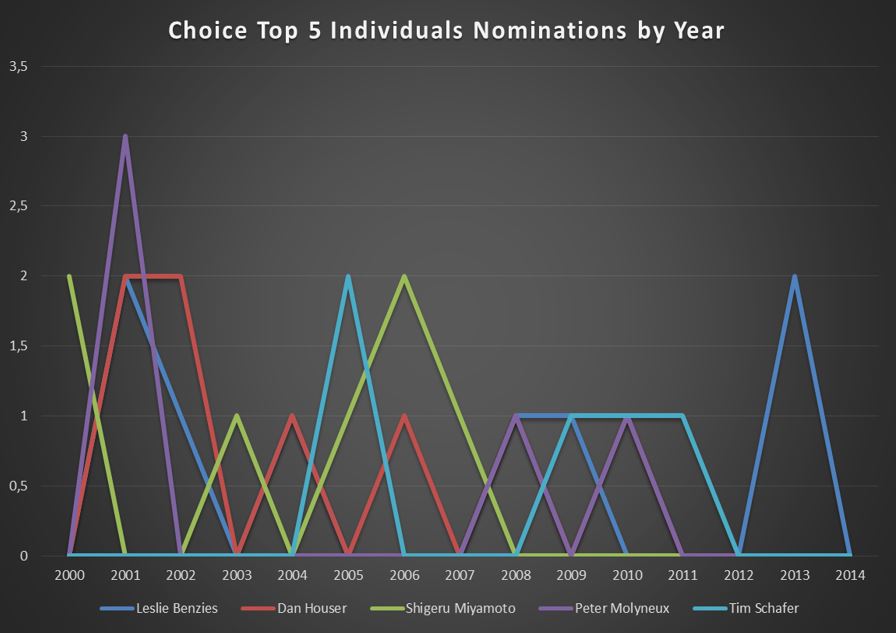 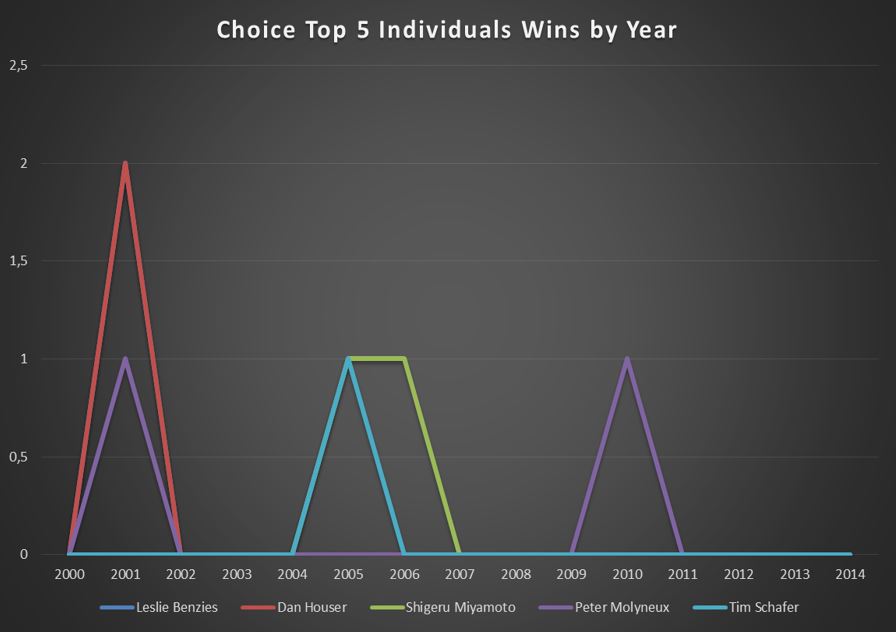