Each year, the Academy of Interactive Arts and Sciences hosts the DICE Summit and Awards in Las Vegas.  The tallies reflect 17 years of game development, from 1997 to 2014. 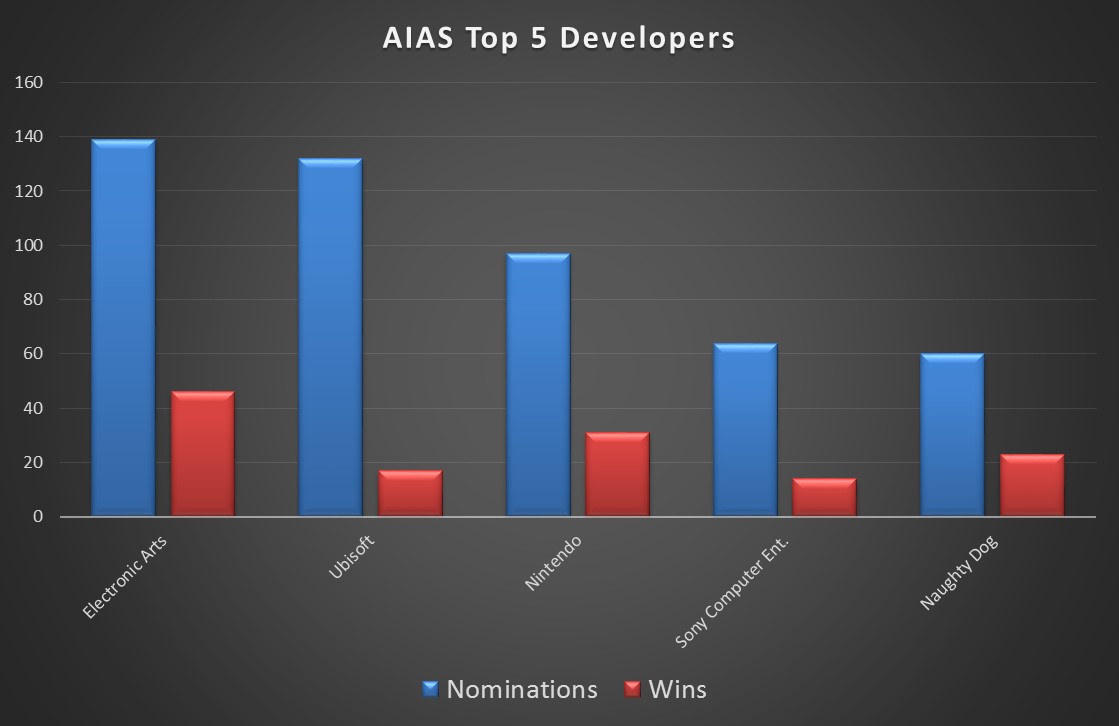 Naughty Dog has the highest winning rate of any other publisher (38.33%) but also carries the lowest number of nominations out of the top five.  Electronic Arts has been up for nomination just a few more times than Ubisoft, but holds a considerably larger winning rate.

Ubisoft saw most of those wins in 2003 for Prince of Persia: Sands of Time.  Naughty Dog has more recently found its success, largely coming from Uncharted 2: Among Theives (2009) and The Last of Us (2013). 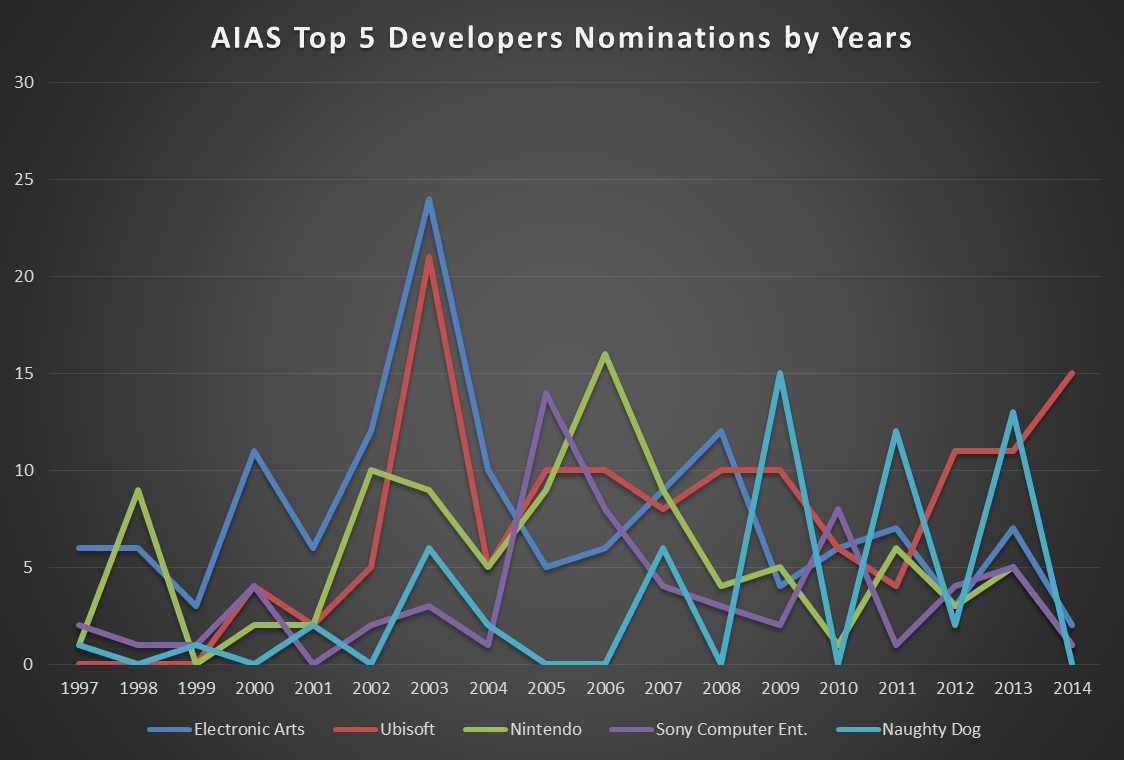 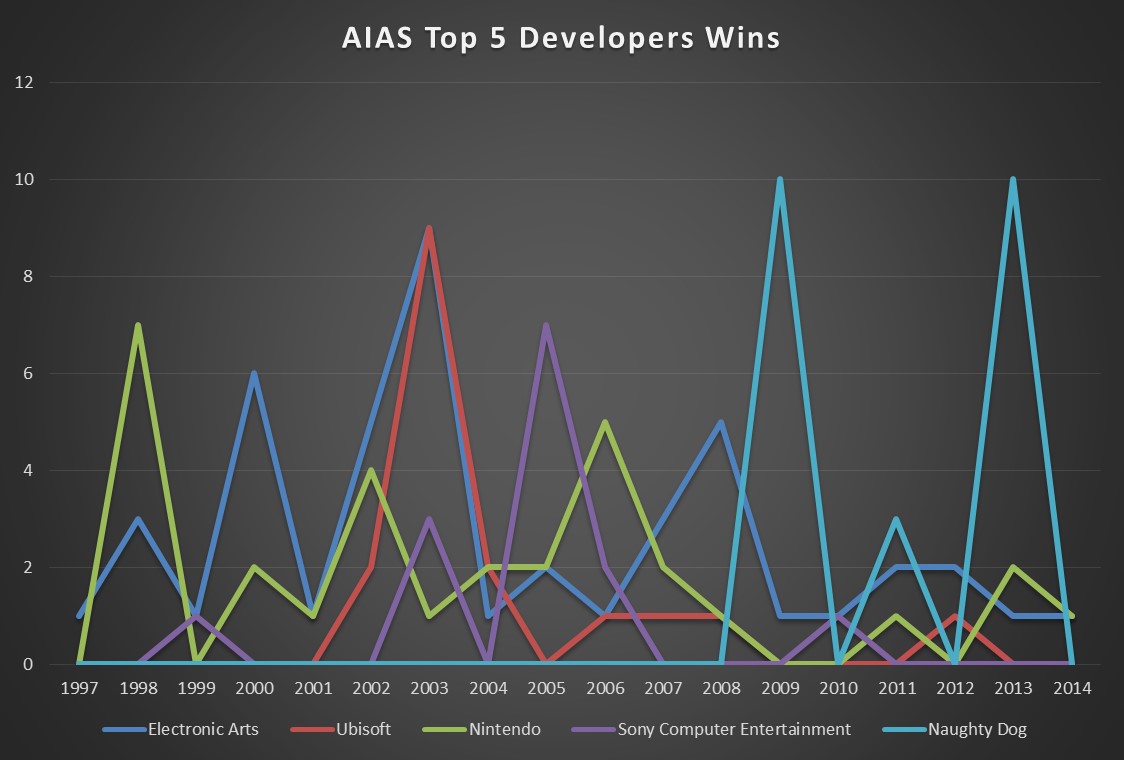 On the publisher side, Sony Computer Entertainment leads the top 5 chart with 320 D.I.C.E. nominations.  Electronic Arts (EA) may follow in second place but can tout several more wins than Sony.  In fact, EA has the largest winning rate out of the other publishers. 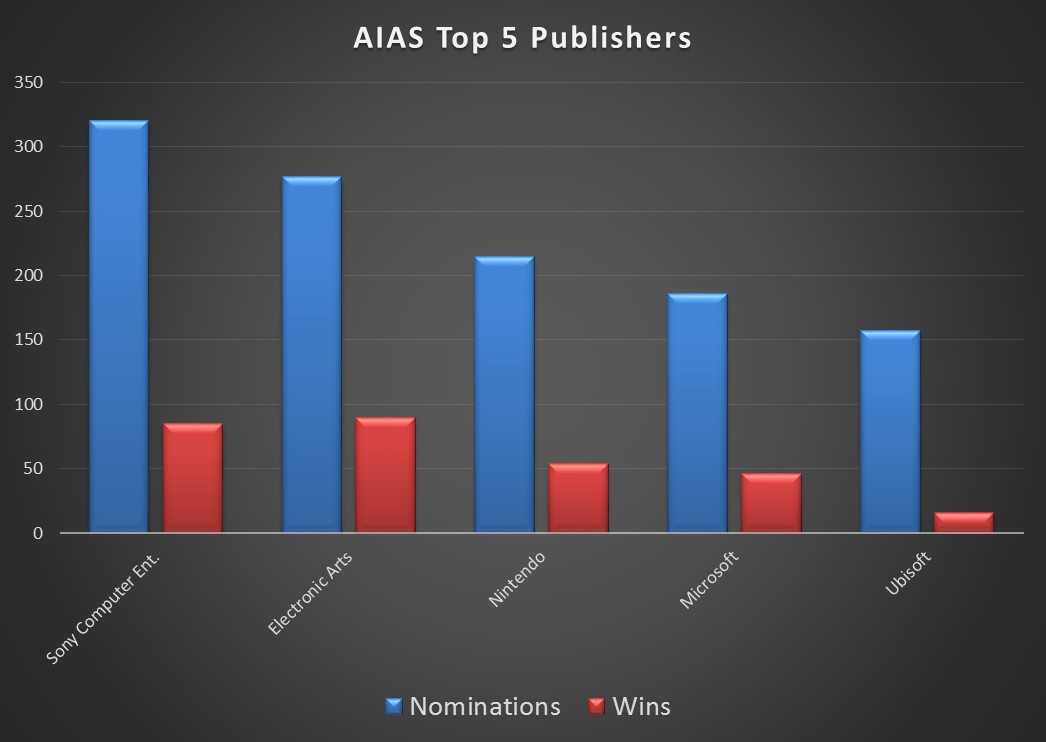 Again in 2003, we see most of Ubisoft’s wins as publisher come from the release of Prince of Persia: Sands of Time. 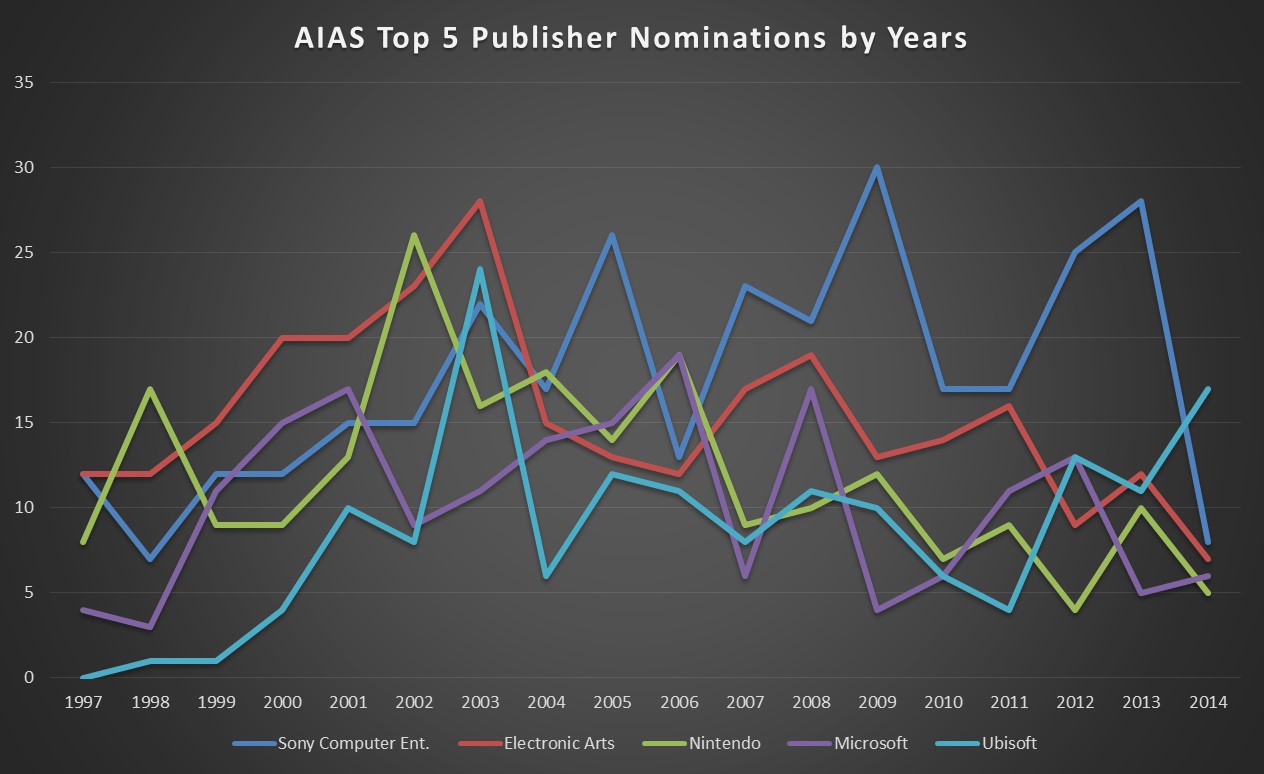 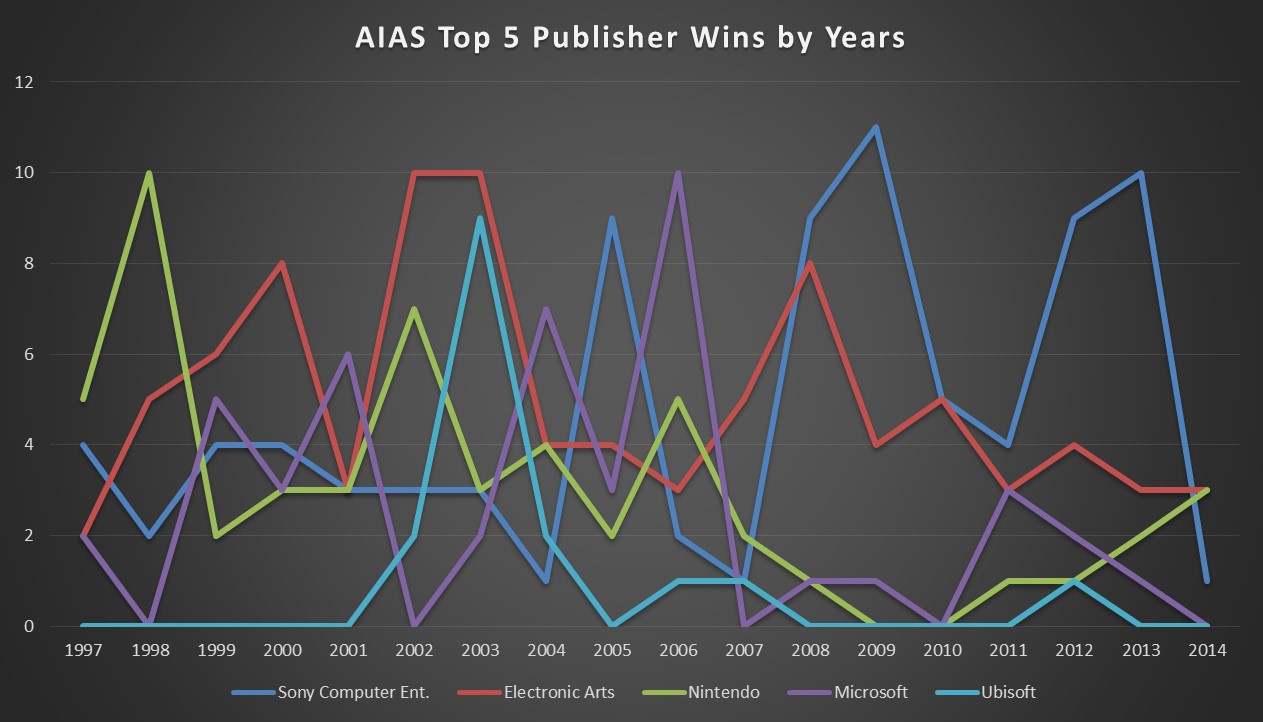 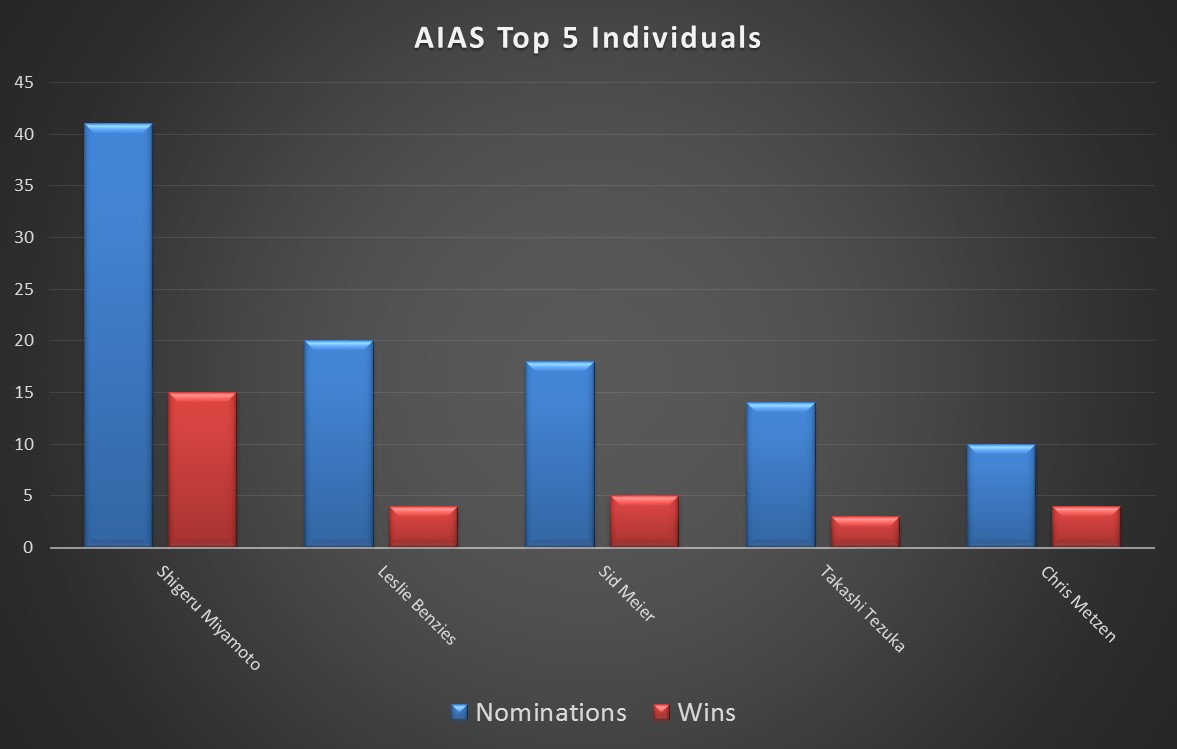 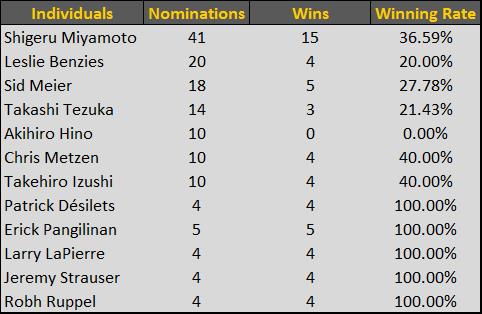 Just outside of the top 5, several individuals carry a 100 percent winning ratio. 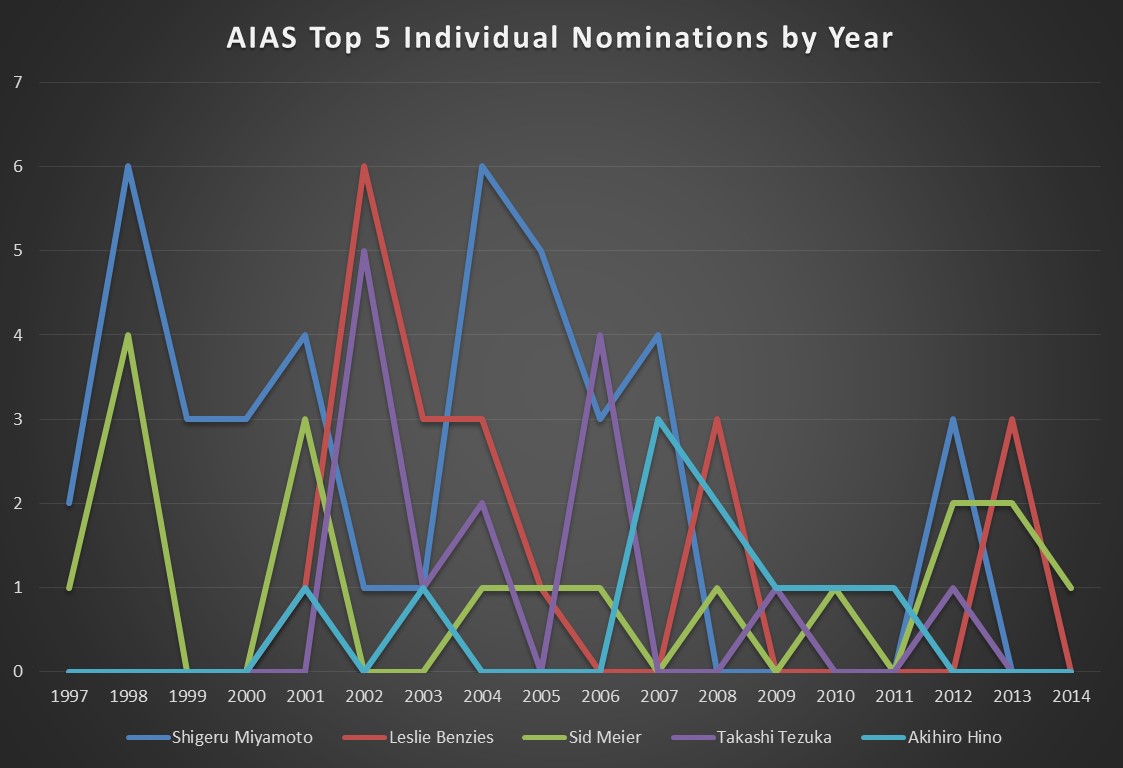 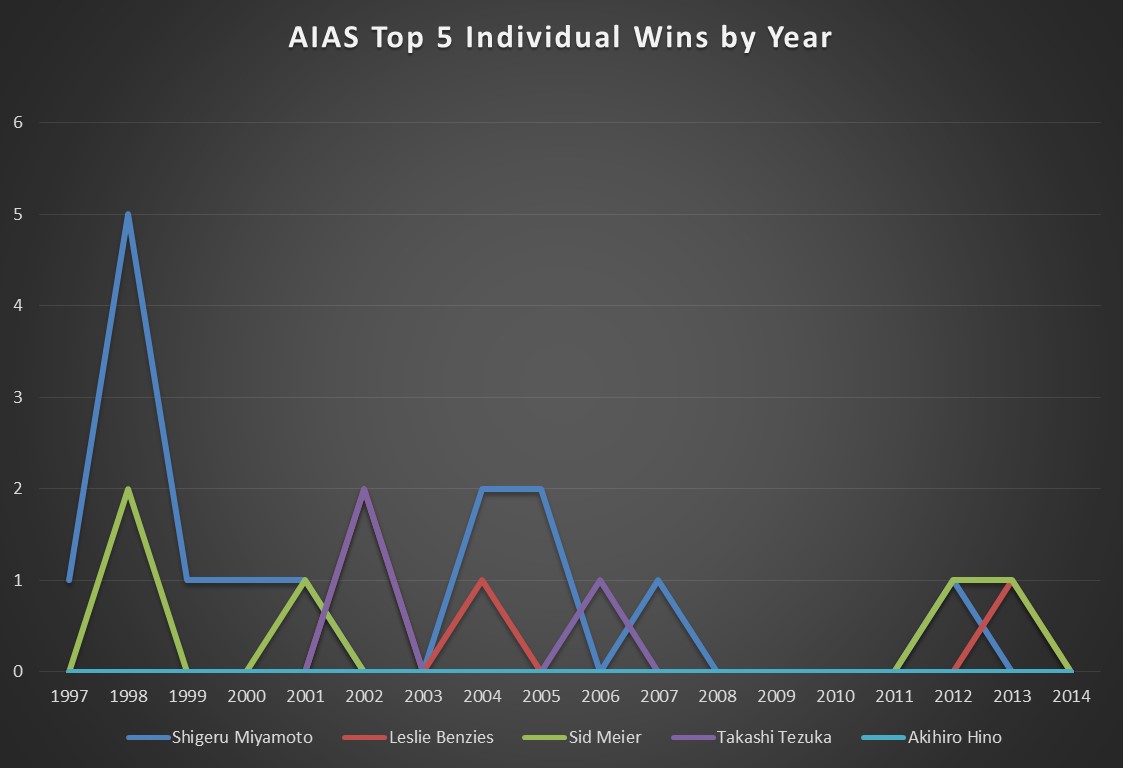 Shigeru Miyamoto was most awarded for his work in 1998 on The Legend of Zelda: Ocarina of Time. Akihiro Hino, the ten-time nominated producer of the Dark Cloud and Professor Layton series, did not gather any wins.